At the top level of the GolfLeagueSite framework we have accounts. Each account has one or more account managers. An account manager is a user that has privileges to access and manage legal and financial statements (invoices, payments, software agreements) for all the leagues under that account. Typically a given user will manage at most one account; however, in theory it's possible for a user to manage multiple accounts.

Each account has one or more leagues. Within GolfLeagueSite, a league could be a traditional golf league, a tournament, a golf trip, a Ryder Cup weekend event, a long drive contest, a charity scramble, or any other collection of related golf events that an account manager would want to bundle into the structure of a league. Each league has a unique league name and one or more league managers. A league manager is a user that has privileges to access and manage all aspects of that league (roster, events, groups/matches, handicaps, etc). League manager privileges can be added/revoked for a user at any time at the discretion of the account manager of that particular league. Each league also has its own league home page, which can either be a default GLS template or a custom home page.

Each league has one or more seasons, which are typically named based on the year or time period (e.g., "2022" or "Spring 2022"). A season can constitute one or more events confined within a 365-day period. Each season will have a roster of league members and substitutes, i.e., the golfers that comprise the league for that season. In team formats, each of the league members will be placed on a team when the roster is created/imported. Each season can have season standings, where league members or teams are ranked by a points system, gross/net strokes, or prize money earned. Each time a new season begins within a league, the previous season becomes archived. Data from archived seasons remains available under the Archive menu from the league home page.

Each event typically has one or more groups or matches depending on the format of the league. Each group or match typically designates a foursome or group of league members that will play together at a particular tee time or shotgun hole. The diagram below depicts the organization and relationships between entities within the GolfLeagueSite framework. 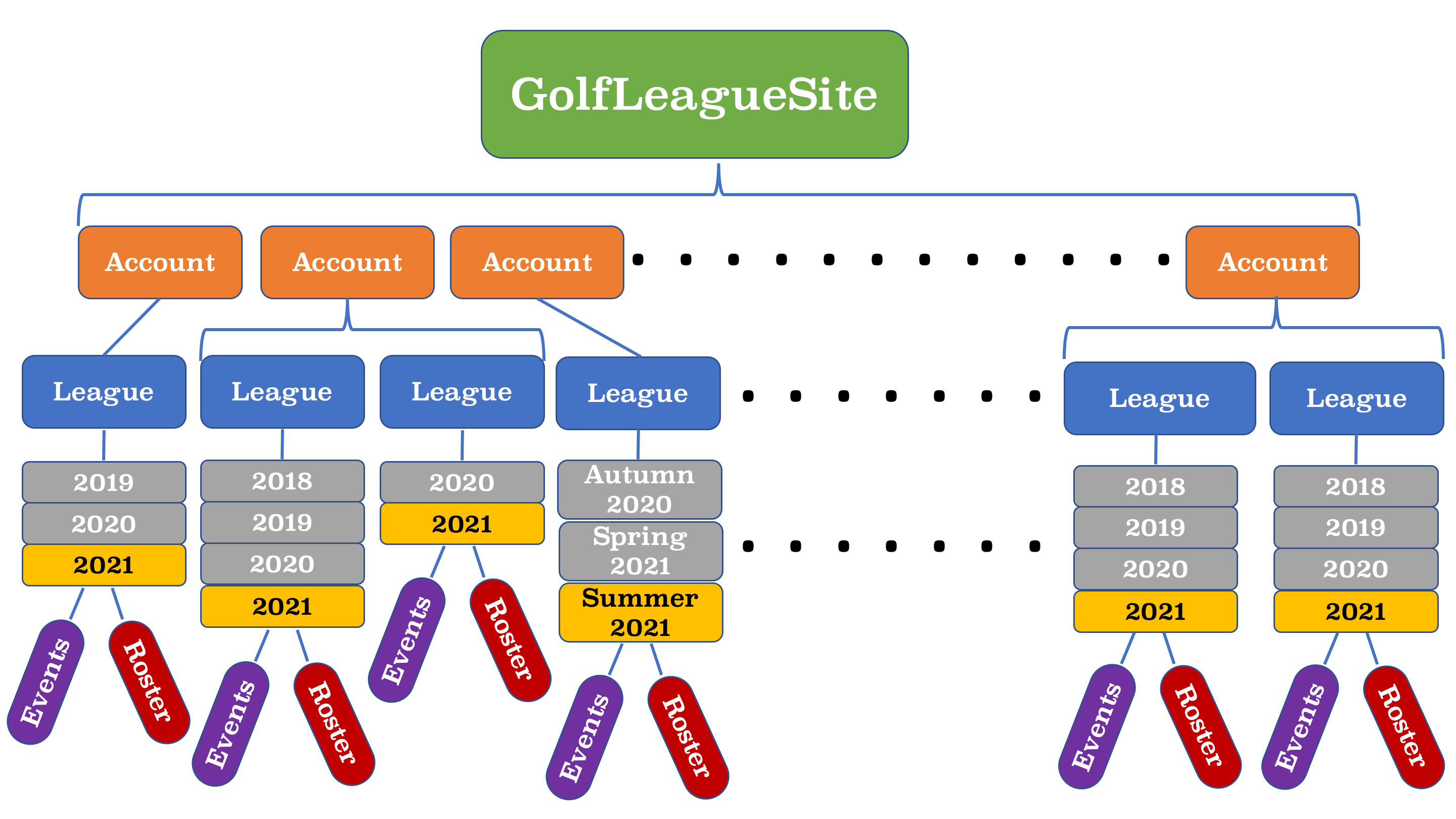